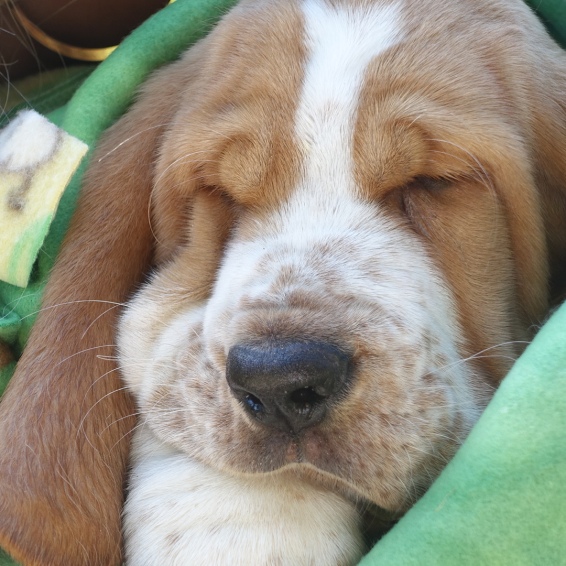 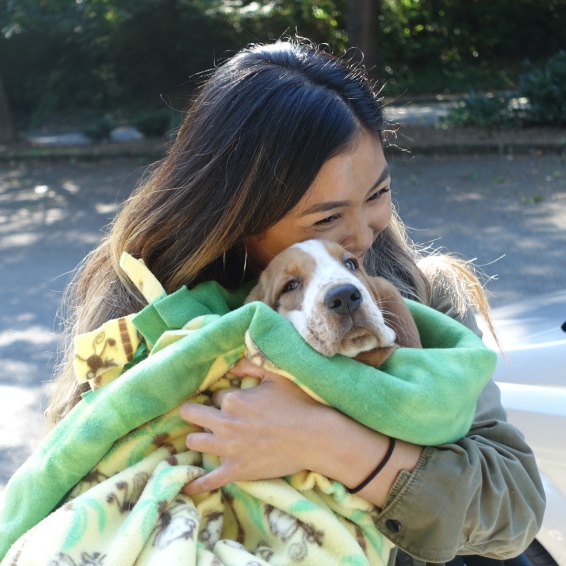 I knew I wanted a friend (dog) but I didn’t think I would have a one anytime soon, especially on my own and because I lost Tobey in the last year. For whatever reason, I felt like getting another friend so soon would be disrespectful – don’t judge, I’m a crazy friend lady. Growing up, I watched my dad take care of our family friends over the last twenty years and it always looked like a ton of work and something I didn’t necessarily help out with. I was really in it for the cuddles and companionship. In total honesty, it was something I felt I couldn’t handle on my own.

In March of 2017 I got the chance to visit a basset hound kennel in Bellingham, WA called Bellingham Bassets. I watched their YouTube videos on and off for a over a year and once I finally moved out to Washington it was my chance to get to the know the kennel owner and meet her bassets. My ex had set up an appointment for us to meet them since he had seen how sad I was when we traveled back to my home state and it had only been two months since Tobey had passed. Anyway, the trip was good, they were about an hour or an hour and a half north of my old place. Since I had grown up with basset hounds it was refreshing to meet someone who was just as passionate about the breed as I was. I had always known that if I were to have a friend come into my life it would be the breed I grew up with.

I thought that I would be waiting for a litter in April 2018 but the opportunity presented itself Labor Day weekend 2017. A lot of things had happened over the summer. A lot of things that made me unsure of my surroundings, my future and most importantly myself. At that point I wasn’t quite sure what I was doing with myself and to this day I still don’t. I just felt like there were so many things I wasn’t capable of doing and caring for a friend to the best of my ability might have been one of them.

I remember Gretchen had emailed myself and my ex wondering if we were interested in partaking in the litter that had just become available. I hadn’t see the initial email until my ex had asked if I opened it. In usual Jacqueline fashion I was freaking out and wondering if I was ready to embark on this life changing journey on my own. I was unsure that my eight hour work day which was half an hour (on a good day) away in Seattle was ideal for having a pet. Not only did I work quite a ways away my current residence does not have a doggy door to lead to any sort of backyard set up.

After conferring with my roommate (the ex) I was convinced that it was ok and that since he was leaving his job to work from home he would be able to look after the new pup. While I’m grateful (so incredibly grateful) for the help I wonder if I had been a bit hasty in saying yes since we were no longer together and it was a huge responsibility that he was taking on for eight hours of the day. He insisted that it would be fine and that he could handle it. I still worry though that when we move out of the apartment Elliott will have been used to having someone around nearly 24/7. It has me thinking that I should occasionally have him attend doggy daycare.

I think by far Elliott was one of the best decisions I made in 2017 and I hadn’t made very many great ones. I had a little buddy at home, excited for me to come home. I was also finally excited to come home after the rough summer I had. My little buddy somehow knows when I’m upset and I don’t even have to the do the ugly Kim K. cry.

I’m having so much fun with him now. He’s been doing all sorts of new things like trying new treats, celebrating his first Christmas (btw it’s December 27th in this household), climbing up the stairs, taking his first walk around the neighborhood. I even started an Instagram for him and hope he gets famous. I just cannot believe how friendly he is to everyone and so so loving.

He completed his six week Puppy Obedience 101 training in December and for the most part he knows what he needs to do but his basset ears only offer selective hearing and that’s okay with me. I’ll definitely post more often about his adventures but for now this intro will do.